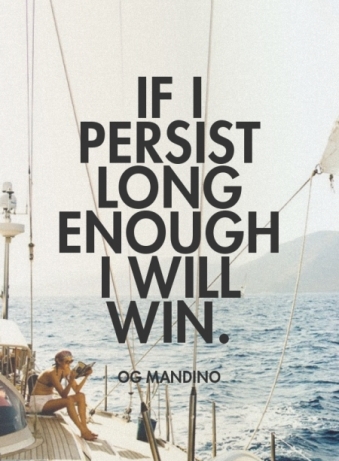 Back in 2008, GIBS asked a handful of MBA alumni who were internet entrepreneurs to share our biggest learnings. In all honesty, I don’t remember much about that night or what I talked about to that classroom of aspiring entrepreneurs. But the one thing I do remember as clearly as today, is the three words spoken by my classmate Justin Spratt, at the time running IS Labs. He said: “Launch, then iterate.” His sage advice came long before the global entrepreneurial Lean Start-up movement made this idea trendy. And I still swear by it to this day.

Justin explained “Launch, then iterate” along these lines: get your minimum working product out there fast, get customers using it as quickly as possible, and tweak and improve as you get their feedback. Don’t delay your launch for the day when your offering is perfect, because it will never be perfect, which means you will never launch. And that artificial goal you’re defining as perfection, may be something your customers won’t even want, let alone pay for. So don’t waste time or money building something that you haven’t yet tried out in a scaled-down form with your customers.

Nowadays, Silicon Valley venture capitalists and entrepreneurs call it “failing forward”. In other words, failing fast so as to learn fast. It is at the core of many innovative companies like Pixar and Starbucks.

In their book Art and Fear, working artists Ted Orland and David Bayles assert: “One of the most basic and difficult lessons every artist must learn is that even the failed pieces are essential. X-rays of famous paintings reveal that even master artists sometimes made basic mid-course corrections (or deleted really dumb mistakes) by overpainting the still-wet canvas. The point is that you learn how to make your work by making your work. A great many of the pieces you make along the way will never stand out as finished art.”

And the same is true for building your own business. You don’t get paid for ideas, you get paid for execution. And execution is messy, it is imperfect. So stop waiting for perfection, and start doing. No matter how messy your first product is, just get it out there where your customers can try it. That’s when your learnings begin. It’s like taking two steps forward, one step back, another two steps forward, and another one step back. Often it is frustrating, painful and peppered with mistakes, but it’s still progress forward. Because you’re morphing your messy first draft into something that customers really want and will pay for.

Psychologists and researchers Ryan Babineaux and John Krumboltz invented the popular Stanford University course “Fail Fast, Fail Often’. In their ground-breaking book and article with the same name, they make a similar point: happy, successful people devote less time to planning and preparing, and more time to doing. They get out of the lab, the garage or whatever artificial setting they’re in, and get out into the real world. They boldly test new things, and make mistakes. As petrifying as it may be, they welcome failure as the chance to learn and grow. In this way, they take advantage of unexpected and valuable experiences, learnings and opportunities.

To drive this message home, in his article Babineaux unpacks an eye-opening pottery experiment from the previously mentioned book by Orland and Bayles. A pottery instructor split his class into two. The students on the left were marked only on quantity, while the students on the right were marked only on quality. For the quantity group, the teacher told them they would receive an A if they made fifty pounds of pots, a B for forty pounds, etc. The quality group were told their course mark would be based on their best pot produced over the entire course. So if a student created a fantastic pot on Day One and did not do a single thing for the rest of the course, they would still get an A. (I wish I could have taken this course during my MBA!)

As the pottery course reached its end and the teacher starting marking the students’ pots, he saw an eye-opening result emerging: counter-intuitively, the quantity group produced better pots than the quality group. Why was this? At the same time as making lots of pots, they were testing, honing their clay-working skills and learning from their blunders on each new pot they created. Compare this to the quality group who meticulously planned each piece and tried their best to create perfect work each time. Because these students only produced a handful of pots during the entire course, they had less chance to practice and hardly developed.

Pixar Animation Studios embodies this iterative approach. Ed Catmull, Pixar’s cofounder and president describes Pixar’s movie-making process as a series of steps from “suck” to “non-suck”. By letting themselves mess up over and over again, animators sift out the shockers and bad ideas as soon as possible. That way they reach the point where real work can happen that much sooner. Andrew Stanton, director of the blockbuster movies Finding Nemo and WALL-E, explains: “My strategy has always been: Be wrong as fast as we can. Which basically means, we’re gonna screw up, let’s just admit that. Let’s not be afraid of that. But let’s do it as fast as we can so we can get to the answer. You can’t get to adulthood before you go through puberty. I won’t get it right the first time, but I will get it wrong really soon, really quickly.”

Are you the kind of person who prides yourself on never making mistakes? This could be your greatest mistake. As Babineaux says, rather than dodging mess-ups and failure, successful people, and successful companies like Pixar, actively look for chances to push their talents and knowledge to the limit, so they can learn fast. They recognise that, when we feel terrified or ill-prepared, we grow the most, and this gives them even more reason to keep going. Compare this to unsuccessful people who, when they feel unprepared or scared, see it as time to put on the brakes, revisit their strategy, question their drivers, or prepare and plan more.

So the big lesson is this: successful people and successful companies act fast while they have the energy and the curiosity, even if they run the risk of performing poorly or failing. By trying and failing and getting up again fast, eventually you will succeed.