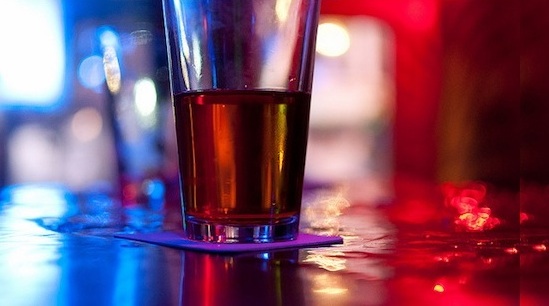 Winston Churchill famously said: “A pessimist sees the difficulty in every opportunity; an optimist sees the opportunity in every difficulty.” We’ve all been through tough times at some point in our lives. We wouldn’t be human if we hadn’t. For the more resilient ones among us, it is our ability to see the positive in negative situations that helps us get through challenges and to overcome adversity.

I’m a strong believer that things happen because we’re meant to learn from them. If we didn’t have that negative hump to climb over, we wouldn’t recognise the positive staring us right in the face. I like to think of it as the universe (or G-d, depending on your beliefs) throwing you a curveball to test your bounce-back ability and how you can grow from it. And if that setback didn’t happen now, it would have to happen sooner or later, because it was placed in our path so that we could learn from it.

So the big question is: in tough times, instead of dwelling on the negative, shouldn’t we concentrate on how our setbacks transform us and transform our lives for the better? Shouldn’t we seek out the positive and what we’re meant to learn from difficult situations?

Israel provides a great example that really drives this point home, and it’s happening as we speak.

As Vocativ author Assaf Uni explains: “it’s become a daily ritual here – like brushing your teeth before bed”. When the shrill bomb sirens scream out, everybody instantly stops what they’re doing and sprints to the nearest shelter. Families, friends and strangers crowd together in the first shelter or stairwell they can find. They wait anxiously for the boom of the Iron Dome missile defense system, the signal that it’s safe to venture outside again. According to Israel’s 1951 civil defense law, all homes, residential buildings and industrial buildings must be equipped with bomb shelters. The “protected space” is like a shelter but is found in individual apartment units, building floors, or other public areas. It is a reinforced concrete room that people can get into from the building’s individual apartment. Some even have reinforced steel. Thanks to these protected spaces, more people can get to shelter fast. And they need to. In Israeli towns like Sderot, roughly one mile from Gaza, residents have just 15 seconds to find shelter from the time that the sirens blare to when the bomb hits. As this eye-opening video shows, not even the world’s fastest man Usain Bolt, holding the world-record of 19.19 seconds for the 200m, would make it.

Bombing and bomb shelters have become a scary way of life for Israelis. For those of us watching from our comparatively peaceful homes, things look pretty bleak if you’re living in Israel right now. And yet despite everything, they manage to find the positive even in situations like these. How? Many Israeli families are spending more quality time together in their well-equipped protected spaces, as this refreshing video reveals. And since the war started, Israel’s bomb shelters and staircases have become makeshift dating hotspots. “There’s definitely a vibe in town that staircases are the new place to meet,” says Tamar Blumenfeld, a Tel Aviv-based illustrator whose comic strips joke about dating in the conflict. Vocativ interviewed Josh and Daniel, two Americans in Israel during the conflict zone. Josh, working in a Tel Aviv bar for the last three years, feels an unexpected exhilaration in those who stay in Israel, or maybe in himself: “All these rockets make one appreciate just to be alive.” Daniel, on business in Israel, says the situation doesn’t frazzle him. “When you see the indifference with which most Israelis take this thing, it helps you stay relaxed,” he explains. “Their calm is contagious. I mean, I see people swimming in the sea and just coming back to the shore in case of alarm.”

If the people in Israel can find the positive in their circumstances, why do many of us in South Africa battle to do this? Just listen to conversations at South African dinner tables, and the discussions shift from the impact of debilitating strikes on our economy, to crime, corruption, service inefficiencies and e-toll. All negative topics, despite everything we have going for us. We can definitely learn a thing or two from Israeli optimism in times of crisis.

In the business world, another fantastic example of positivity in tough conditions happens right here in our very own country.

South Africa tends to lag behind First-World countries in the adoption of certain trends and technologies. For example, daily deal sites like Groupon, online shopping platforms like eBay, and online music stores like Apple iTunes were well-established overseas before coming to South Africa. The iTunes Store launched in South Africa in 2012, some nine years after Apple first launched its iTunes Store in 2003 in the US. For South Africa’s consumers, it is incredibly frustrating that it takes so long for American products to be launched here. To make matters worse, international courier costs and the weak rand make it prohibitive for the early adopters among us to buy these goods on overseas sites like Amazon or eBay.

But there is a positive side. This lag-time means that South Africa holds a crystal ball on global trends and the businesses that arise from them. We can see the trends happening in First-World countries before they happen in South Africa. In the eyes of an entrepreneur, there is huge opportunity in this. Based on these trends, we can start local businesses that copy successful overseas ventures, before these trends become established in South Africa. This means it is a matter of when, not if, they take off here. Me-too concepts that have worked overseas and are copied to South Africa are proven concepts. So your odds of building a successful business out of them are a lot higher.

Worldwide, Rocket Internet, the European incubator of Internet start-ups, has made this copycat approach famous (or infamous in some people’s eyes). They clone the top Silicon Valley start-ups and implement them in other countries. This strategy has made Oliver Samwer, Rocket Internet’s co-founder, an extremely wealthy man. His net worth is estimated at over $1 billion – not bad for a 40-year-old. If Rocket Internet can make a fortune out of the lag-time in US trends reaching other countries, so too can astute entrepreneurs in South Africa if they get the timing right.

So what is the key take-away from all of this? In every circumstance, there is something positive. Most of the time it’s not noticeable. We need to stop and look. And sometimes we need to search really hard to find it. But being positive and seeing the positive in negative circumstances is a choice. A choice that only you can make, and nobody can take that away from you. So start making that choice today, no matter how tough your situation is.