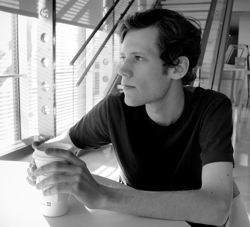 This article also appeared in Finweek on 27-Feb-2014

Investors often look at early-stage traction as a key indicator of a start-up’s potential to succeed. Yet despite their sizeable user numbers, success didn’t happen for US start-up Drawquest. Would Drawquest’s impressive stats have translated into success if they had started up in South Africa? And what are the valuable lessons here for entrepreneurs?

Nowadays, entrepreneurship is branded as sexy, and being the founder of a start-up is glorified. But is it all it’s cracked up to be? I’ve heard fellow entrepreneurs glibly use phrases like “Fail fast” and “If you haven’t tried, you’ve already failed”, as though failure is easy. But failure is not sexy or easy;  walking away from the company you founded is not sexy. It is painful and incredibly soul-destroying. Which is why the brutally honest take on failure by Drawquest’s Chris Poole should be compulsory reading for all newbie entrepreneurs. It will help prepare them for the realities of the hard road ahead. Hopefully it will make it easier for the entrepeneurs who, like Poole, also have to walk away.

Backtrack to 2013 when Drawquest launched and things looked a lot rosier. The start-up aimed to inspire people to unlock their creative streak by competing in its daily drawing challenges. Drawquest was created by Canv.as, a New-York-based remix artist community start-up backed by funders  Union Square Ventures, Andreessen Horowitz, Lerer Ventures, SV Angel, Founder Collective, Joshua Schachter, and Chris Dixon. In just under one year, Drawquest grew to 1.4 million downloads, 550,000 registered users, 400,000 monthly users, 25,000 daily users, and 8 million drawings. Looking at these impressive stats,  DrawQuest seemed to be growing strong. On TechCrunch and in his blog, Poole said: “Retention and engagement (were) great. We (were) doing better than 98% of products out there, especially in the mobile space.”

And yet, despite these stats, DrawQuest still tanked.

What went wrong? In his blog, Poole candidly admits: “It may seem surprising that a seemingly successful product could fail, but it happens all the time. Although we arguably found product/market fit, we couldn’t quite crack the business side of things.” DrawQuest simply couldn’t monetise their network in time and the money that their investors had sunk into the venture ran dry.

“People brush the failures under the rug, but that’s the worst thing you can do. You kind of have to face it head on,” asserts Poole. So instead of raising more funding for Canv.as and Drawquest, he announced in Jan-2014 that both would be shutting down.

This begs the question: With these user numbers, would Drawquest have been a success if it had started in South Africa? Are there other South African-born social networks that have had success with similar numbers to the failed Drawquest?

To answer this question, it’s useful to look at three successful social networks in South Africa:

Looking at these three social networks, their numbers were similar to Drawquest’s. And it certainly does look like these kind of user numbers translate into success in South Africa but not necessarily in other countries.

Why is this? It’s largely a function of population size. With only +/-52 million people in South Africa compared to 317 million+ in the USA, in South Africa we simply do not have the customer market size that the Americans have for their start-ups to sell to. So as South African entrepreneur  Vinny Lingham said at a Heavy Chef talk a few years back, you cannot get sizeable user numbers in SA. You have to take your online community overseas for this. And so that’s what he did with his start-up Yola. A user-friendly drag and drop website builder, Yola was born in Cape Town in 2007 as Synthasite. Nowadays, Yola has offices in  both San Francisco and Cape Town,  and more than 8 million members.

So what are the key takeaways for entrepreneurs?

As Brian Tracy says: “Success is a lousy teacher. It seduces smart people into thinking they can’t lose.” Applying the converse to the entrepreneurship space, failure is an incredible teacher, as hard and painful as the process may be. We need to go through failure to learn and get better. And we need courageous entrepreneurs like Chris Poole to keep us honest and real. As he says in his blog: “One thing I’ll be doing more of is writing about my experience. Partially because it’s therapeutic, but also because if there’s a silver lining in all of this (and there is), it’s that I can help educate others about a path fraught with hardship, but rewarding nonetheless.”