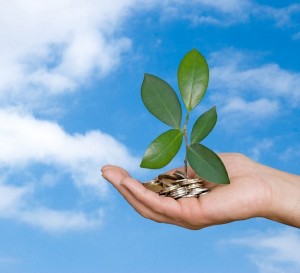 Before World War 2, development capital was limited largely to wealthy individuals and families. It was only in 1946 that venture capital (VC) began to emerge. That year the first two VC companies, American Research and Development Corporation (ARDC) and JH Whitney & Company, were created in the US. Since then, entrepreneurs have pretty much depended on VCs to build high-growth businesses. But that could be changing. With the advent of crowd-funding and the dramatic drop in costs to launch an Internet start-up, do tech entrepreneurs still need VCs?

Firstly, what is VC? This is funding provided to early-stage, high-potential, high risk, high-growth start-up companies. VCs usually fund companies with an innovative new technology or business model in high tech industries, such as biotech, IT or software.

In 2008, Paul Graham, founder of seed-funding firm/accelerator Y Combinator, predicted that VC funding might dry up a lot in the global financial crisis. And dry up it did. A recent report from Thomson Reuters and the US NVCA (National Venture Capital Association) indicated that in 2008, US VCs raised $25.6bn from 215 funds. In 2009, this fell to 162 funds raising $16.2bn. That’s a 25% decline in the number of funds and a hefty 37% dip in funding.

But this drop is nothing new, you might be thinking. Money and appetite for investment often dry up when times are tough. Think back to the late nineties and the pinnacle of the Internet bubble, when the number of US VC firms ballooned to 1,022 in 2000. After the dot.com crash hit in early 2000, the number of companies in the US VC industry rapidly plummeted.

However the difference is that today’s post-recession world is very different from 10 years ago. According to ThomsonReuters, US VC fundraising in 2011 fell to 1994—1998 levels. The MoneyTree Report, PWC and the NVCA’s quarterly study of US VC investment activity, is based on data from Thomson Reuters. If the report’s historical data (of number of deals or amounts invested over time) is anything to go by, the shrinking VC industry may not bounce back this time. Here’s why:

So what does all this mean for the VC industry? For more and more start-ups, VC funding has become a nice-to-have. It is no longer the absolute essential it once was. This should be a big wake-up call for VCs.  If VCs don’t acknowledge that much of the power in the investor-founder relationship has shifted to founders, if VCs don’t invest more, start-ups may soon dismiss them as a nice-to-have that they’d rather do without.