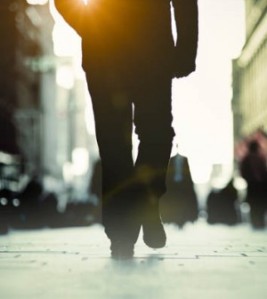 The more resources you invest in a business or project, the harder it is to walk away. But sometimes quitting may be the best thing you can do.

A few years ago, I was working on a new clinical trial for a pharmaceutical company. Based on the strong objections from the MCC (Medicines Control Council) to our initial submission, it looked like they would not approve the trial and we wouldn’t be able to go ahead. Our company had also changed direction, and it no longer made strategic sense to devote resources to the medicine that the study was focused on. With this information, it made business sense to stop the trial in these early stages and not to spend any more time and money on it. I made this proposal to my boss, and he supported my decision. We let all the doctors, clinical trial staff and ethics committees around the country know that the trial would be discontinued.

Unexpectedly, however, the MCC approved the study later that week.

In hindsight, my decision to stop the trial may have been the wrong choice. But it was the best business decision based on the information we had at that time. That didn’t stop me feeling stupid. I felt awful that I’d made such a big mistake. At our weekly department meeting that Friday, I apologised to my boss and my work colleagues for my error in judgement. I was convinced I’d lost their respect, and that my job was in jeopardy.

In fact, the opposite was true. Later, one of my peers pulled me aside and said, “It takes a lot of courage to walk away from something, and too many of us continue on a certain path simply because we’ve worked too long on it to quit. But you showed us that it’s OK to quit. And even though the MCC changed their minds, your reasons for stopping the trial were still sound. And more importantly, you admitted that you were wrong and you took accountability for your actions. I really respect that.”

I learnt a valuable lesson that day. You’re still a winner even if you quit.

It seems ludicrous to waste more time on a losing endeavour just because you’ve started working on it. And yet this this is a perfectly normal human reaction. Psychologists even have a term for it: “escalation of commitment to a failing course of action”. It could be a failing business venture, a difficult relationship with a business partner or a dead-end job. We often persevere with a destined-to-fail project longer than we should, in order to rationalise our original decision and the time, money or effort we’ve already invested in it.

This psychological pitfall can make us work harder when all the signs say we shouldn’t. This is according to a pivotal 1976 study by Dr Barry Staw on business students from the University of Illinois. The students each ran an imaginary company and were tasked with earmarking funds to the different divisions. One group of subjects was told they had invested in a division that later performed dismally. A second group was told that another manager had funded that division. Those who felt personally accountable, allocated close to 40 percent more funds to the failing division.

In the business world, the phrase “sunk cost fallacy” talks to a similar phenomenon. This is where people justify investing more in a decision, based on the total past investment, even though the cost of continuing the decision is greater than the benefit they stand to gain.

Bidding frenzies are an  example of businesspeople making irrational choices based on rational decisions in the past, or to justify actions they’ve taken in the past. Following an intense and aggressive bidding war for Bloomingdale’s, Robert Campeau paid an estimated $600 million more than what the American department store was valued at. In the words of The Wall Street Journal, “We’re not dealing in price anymore but egos.” Campeau had no choice but to declare bankruptcy shortly afterwards.

Understanding that we can fall into this trap, when is it OK to quit?

We can’t simply drop out every time things get rough, or we wouldn’t achieve anything in life. According to Scott Plous, author of The Psychology of Judgment and Decision Making, the key is understanding the difference between an “investment trap” and a difficult period that happens to all of us. To help you differentiate between the two, Plous suggests these three steps:

1. Make a list of the reasons for and against carrying on. If you’re persevering mainly because of the past—for example, you find yourself rationalising, “But I’ve been running this business for so long” or “I’ve worked here so many years”, it’s probably time for you to quit.

2. Ask others for their views, particularly from those who weren’t involved in your initial decision. People who aren’t taking part typically have a more objective and valuable standpoint.

3. If you choose to go ahead, assess your progress regularly. Give this project your best shot for, say, six more months and then re-assess. Plous refers to this as a built-in exit strategy. When you reach that milestone, ask yourself, “If I could start again knowing what I know now, would I make the same decision?”

To add to Scott Plous’ list, “The Rule of Three” is another valuable guideline that I use. Whether you apply it in business or in your personal life, this powerful measure acts as a safety buffer to help you recognise early on that it’s time to walk away.

How does The Rule of Three work? If you’re on the right path, you’ll get signs. And the same is true if you’re on the wrong path. Most importantly, it’s up to you to recognise and act on these signs. A sign could be anything that has a connection to the project you’re involved in.  The key is to remain objective and open to feedback about the project, and to assess the signs early on, for example after three signs. If there are too many negative signs, it may be an indication to abandon ship, or at least, to adjust course.

Too many times we hear the phrase “Winners don’t quit.” Or even worse are managers who say: “We can’t quit, we’ve already spent so much time and money on this!” But if there are repeated signs that you are on the wrong path, quitting may well be the best thing you can do. It could save your business a lot of money and time down the line.