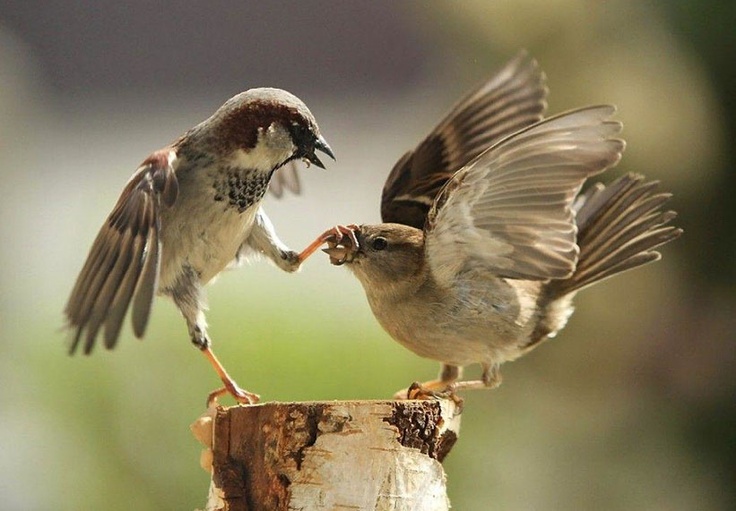 What do birdfights, start-ups and David and Goliath have in common? At first glance, not much. However an example from nature shows the connection and how we can learn from this.

Recently, I was working outside on my laptop while waiting for my kids to finish their gymnastics sessions. A few pigeons were pecking in the sand searching for food. So I threw them a piece of sandwich that my kids hadn’t eaten.

The largest pigeon dived in to grab the sandwich for himself. Instinctively, he puffed himself up to appear more intimidating. He then charged the other pigeons and chased them away when they tried to peck the morsel. However, whenever he did this, he would leave the bread unprotected. He also ignored other bird species eyeing the prize. This went on for about 10 minutes, while a tiny sparrow watched the scene un-noticed from a bench nearby. When the largest pigeon once again left the food unguarded to charge yet another pigeon, the sparrow seized the opportunity. He dived in, grabbed the piece of bread in his beak and flew off to his nest. The largest pigeon came back to find his prize gone. He’d been so busy defending his spoils in the same way against the same pigeons, that he’d been oblivious to other competitors. Until it was too late.

For us as businesspeople, there are a number of valuable lessons here:

Sometimes the most valuable lessons are right in front of us, if we just take the time to watch what’s going on around us.

6 thoughts on “Lessons on Competitiveness from Birdfights”